Hotpod Yoga uses cookies and similar technologies on its website. By continuing your browsing after being presented with the cookie information you consent to such use.

Help is on its way

You’ll soon receive an email from TeamUp (our booking system provider) with instructions on how to reset your password. 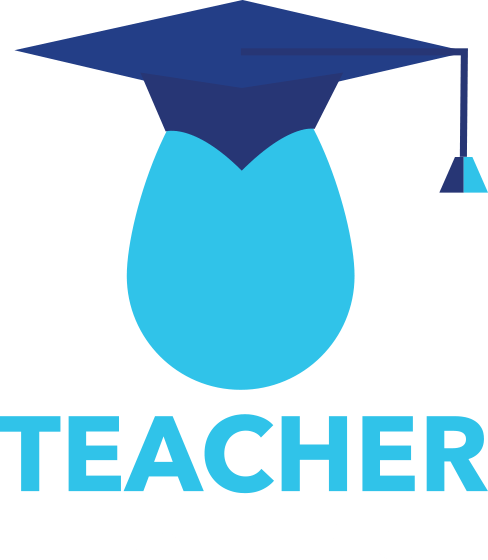 With over 200,000 classes under our belt, a network of 250+ teachers and over 150,000 happy customers, we’re experts in what it takes to be a great yoga instructor. Our yoga teacher training program is the first step towards realising your dream of becoming a yoga teacher, and will equip you with the tools you need in order to thrive in an increasingly competitive industry.

Our approach to yoga teaching training is practical, modern and career-focused

We’re practical people – we ground everything we do in reality. Our teacher training courses focus on teaching in today’s modern world, and will equip you with all the tools you need to deliver a great class.

We respect the past while embracing the future – we’re humbled by the thousands of years of yoga tradition that’s come before us, but are focused on ensuring that it stays totally relevant today and in the future.

As a yoga brand, we owe our very existence to the heritage and culture of India. As a way of honouring this relationship, we donate a portion of proceeds from all of our 200hr Yoga Teacher Training courses to Akshaya Patra, who are working to eliminate childhood hunger in India by providing free school meals.

Exact dates for our October 2022 full-time course are:

Exact dates for our June - November 2022 part-time course are:

Exact dates for our February/March 2023 full-time course are:

Exact dates for our January - June 2023 part time course are:

Exact dates for our September-October 2023 full time course are:

Exact dates for our June - December 2023 part time course are:

Meet the teaching team and find out more about the courses we have on offer.

Siân has been teaching yoga for 7 years and practicing for 12. She has a down to earth, light hearted style and is passionate about creating a strong connection of breath and movement to create freedom in the body and mind. She has been a lead teacher with Hotpod since May 2019 and is humbled to be able to share her knowledge and deepen her teaching skills by training new teachers.

Elodie first moved to the UK from her native France to train as professional contemporary dancer. During this training she was introduced to Ashtanga yoga, and eventually became a teacher herself in 2013. Since then, Elodie has taught in London's top yoga studios, led workshops abroad, taught team GB white water canoeists, dancers, led retreats, managed yoga studios, mentored new teachers and trained in other movement systems. She now teaches Vinyasa, hot yoga, Yoga Nidra, Rocket and Jivamukti (for which she holds an advanced certification). Elodie's passion for the moving body also brought her to train as a sports massage therapist and embark on the long studies that will lead her to qualify as an osteopath in 2022! Elodie's classes are hands on, challenging, and of course rooted in anatomy without ever forgetting the joy for human movement.

Anastasis started practicing Yoga in 2010, in the most unorthodox way: an Acroyoga class. He stayed devoted to the practice for 2 year, as he felt a profound impact in his stress levels. His eyes opened to the non-physical aspects of Yoga in an Anusara class with Katchie Ananda at the 1st Barcelona Yoga Conference. He has studied with guruji Andrey Lappa the founder of Universal Yoga, Patrick McKowen & Wim Hof. He owes a big part of his understanding of asana practice to Eileen Gauthier. He is also a Pilates, Buteyko method instructor & Nutritional Therapist.

Years of practicing led Sunita to embark on her journey as a teacher. She completed a 200 hour Hatha Yoga training with Yogahaven, a 300 hour Vinyasa training and a 50hr Yin training with Sampoona Yoga in India. Sunita creates a friendly and inclusive space where she encourages students to move mindfully, with an emphasis on breath and good alignment. Sunita sprinkles each class in yoga philosophy to get you to think about life on and off the mat and apply its benefits to our daily life. Yoga helps us centre and balance our lives in a way that keeps us naturally happy, healthy and emotionally stable. Sunita feels very grateful she can share the magic of yoga with others. Prior to teaching yoga, Sunita’s career spans back more than a decade working in learning and development. Sunita is a qualified practitioner in designing and delivering training in the field of self development, growth and leadership in the corporate world. Sunita has coached on a one to one basis and has worked with small intimate groups to delivering training to large groups of people.

Opposite to the usual route, Zivile’s Yoga journey started through Sanskrit texts rather than a mat. During her undergraduate training in Indian Studies, Zivile worked on classical Ayurveda and Hatha Yoga texts, translating parts of them from Sanskrit to her native Lithuanian. Zivile spent 2.5 years in India deepening her academic knowledge and language skills. She is trained in Ayurvedic Yoga massage and in 2020 did her 200hr YTT with HotPod. Zivile is extremely excited to share her love for Sanskrit with others on a Yoga journey.

Sudhir Rishi has been involved in the fields of yoga, meditation, philosophy and Ayurveda for the past 27 years. He initially studied Mechanical Engineering, achieving a Master of Technology award in Quality and Reliability, and worked in the Indian Industry before leaving his job and living as a monk for eight years. He has since spent another 11 years in continued his study and practice, dedicating himself to intense meditation practices. In the last 7 years, he has taught more than 125 teacher training groups in addition to meditation courses, workshops and silent retreats in India and Europe. He is an ERYT-500 with more than 30,000 hours of teaching experience. His teachings help his students to know themselves better and deeper. He communicates complicated concepts in a simple way.﻿

There are loads of teacher trainings out there and lots of them are great! So, rather than starting another great yoga teacher training course in the same mould as the others, we’ve decided to approach it in a genuinely different way. We’ll of course cover every critical element necessary to give you a solid and rich yoga foundation, but we also want to go above and beyond what you might expect. We prepare people to become great teachers, not spiritual preachers, wellness gods/goddesses or enlightened gurus. We’ve used our experience managing tens of thousands of classes, hundreds of teachers and nearly 40 yoga businesses to build a teacher training course designed to help people teach. Here are a few insights to our approach:

Learnings and expertise from outside the world of yoga

We use learnings and expertise from outside the world of yoga to enhance our teachers’ skills. These include the following areas: Performance and public speaking – the world of business and theatre helps us learn about dealing with nerves and performing under pressure. The human body – the world of sports and medicine helps us take a practical look at what we’re made up of. Customer experience – retail expertise helps us understand how to build customer relationships, read body language and deal with difficult people! Brand and marketing – communications experts help us teach you how to market yourself and build a brand to help you achieve what you want to achieve in your teaching career.

“Amazing experience and really enjoyed the wide variety of presenters for the specialist topics.”

We’re a visual brand that embraces technology and design to enhance learning – we won’t be loading you up with photocopies from ancient textbooks, we’ll provide you with beautiful, easy-to-digest materials for you to refer back to for life as well as immerse yourself in during the course.

We give practical experience

We give people teaching experience while they learn. Students will be teaching from the start of the course to the end – starting small and growing as we go on. Teaching is a fast learning curve if you’re thrust into the fore – so that’s just what we intend to do.

“Brilliant course, not only does it cover the standard requirements but also covers teaching techniques, public speaking, customer service, considerations of running a business and brand building. Wouldn’t hesitate to recommend!”

Actual teaching is our focus

We cover all bases, ensuring a strong foundation across all the key pillars of yoga tradition and history but we focus predominantly on what’s practically important to be a great teacher.

“Joining Hotpod Yoga 200hr was the best choice I made for many reasons. High skilled teachers, they made a strong students team and the whole training was made perfectly adjusted by the circumstances of the virus. I strongly recommend this school. Thanks a lot to everyone… was a pleasure for me.”

You can keep your practise up at home for free – as part of the course, you’ll be getting involved in a range of classes from across the yoga spectrum but as well as that you’ll have free access to Hotpod Home during your studies. 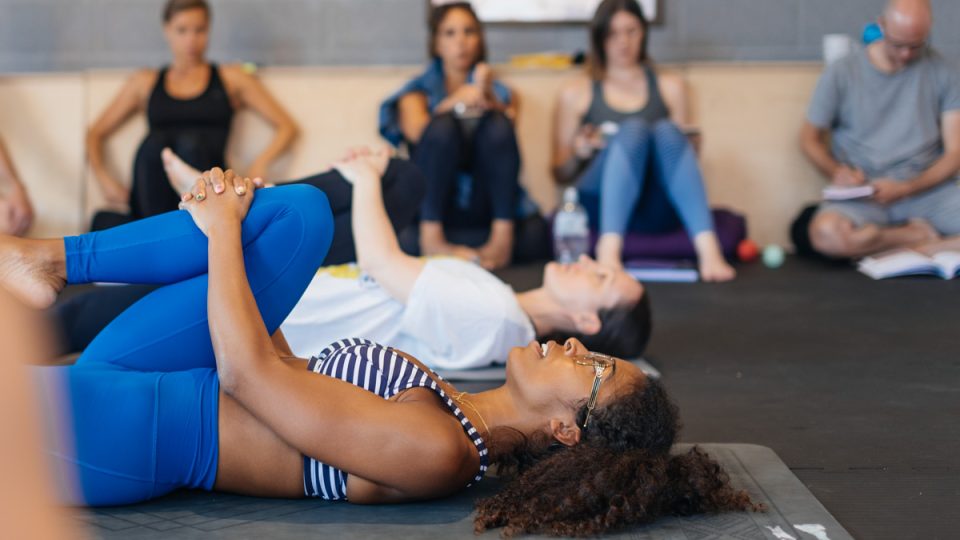 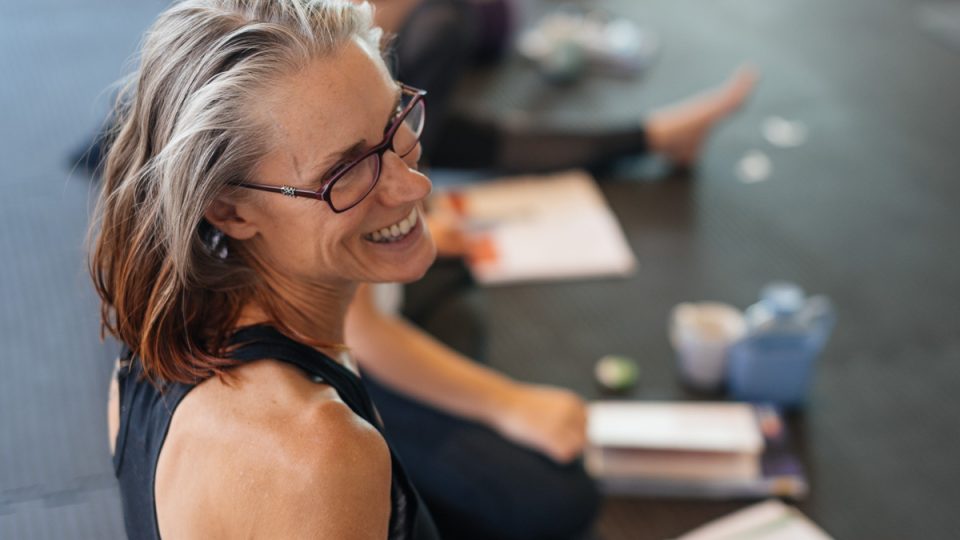 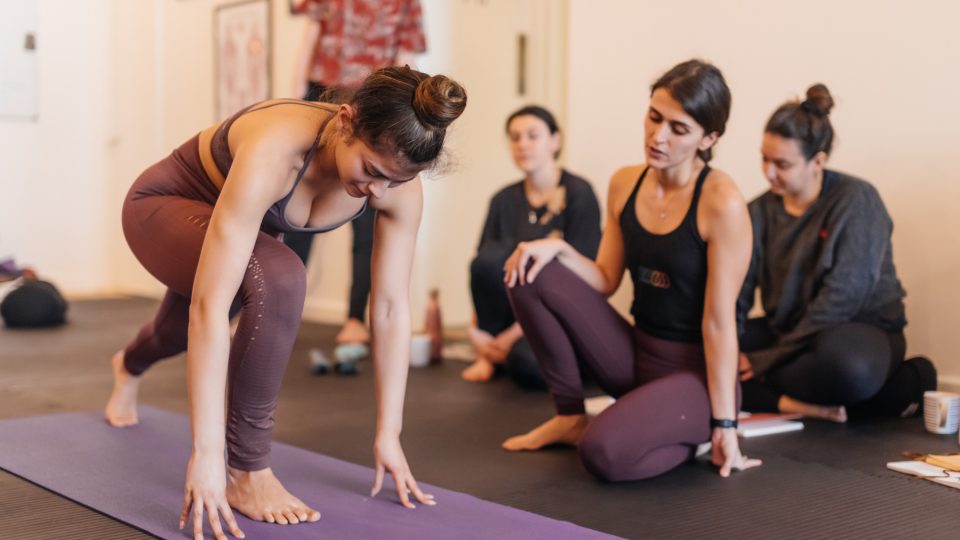 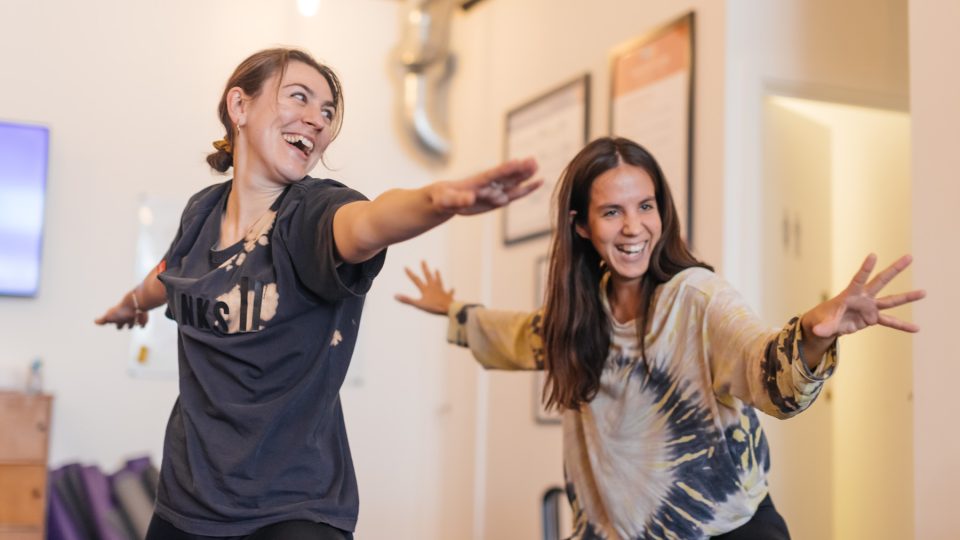 We offer four spots per year (one per course) to applicants who could not otherwise afford the course and are committed to using their yoga teacher training experience for social good. As part of our commitment to anti-racism and diversity, half of our bursary placements will be given to ethnic minority applicants.

When applying for a bursary, please ensure you have also completed the general teacher training form location at the bottom of this page.

Want to find out more?

Thanks so much for your enquiry. Please check your inbox and spam folder for a confirmation email. If you don't receive it shortly, let us know at [email protected]

We offer Teacher training at Hotpod HQ in London, UK, but also have courses in Pretoria, South Africa.